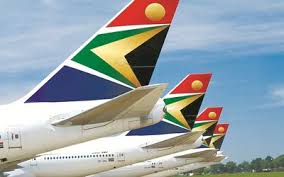 This unique solution was developed by SatAuth and the installation on selected SAA aircraft was performed by the SAA Technical team with support from the Aerospace industry support initiative (AISI), an initiative of the dti, which is managed and hosted by the CSIR

The business model for commerce on airlines has been constrained by the limitation of the on-board card payment facility which could not authenticate transactions during a flight. The system provides a communications infrastructure which helps the authorisation of financial transaction in real time. This solution decreases credit card fraud as airlines are able to process transaction related to onboard commerce, in real time during the flight.

Commenting on this development, Marié Botha, Manager: AISI, says, ”This successful project once again demonstrates how effective the dti is as a vehicle for industry development.”